Breaking the cycle of abuse and victimization since 2015

Women Wonder Writers has served The Write of Your L!fe™ to over 800 students within schools, prisons, juvenile halls, community, and foster centers. As an organization, Women Wonder Writers is committed to helping youth and their families build resilience to break the cycles of victimization by implementing social emotional learning (SEL), in all of our projects and programs.

We know individuals experiencing hardships at home are much more likely to struggle in typical academic environments. These struggles inside the home and inside the classrooms should be met with resources reinforcing resilience, healthy relationships, and self-esteem, not harsh punishments that will only increase their likelihood of incarceration, victimization and abuse in the future. This is why we offer additional programs to empower youth and their families out in their communities.

Dancing has a ton of positive mental, social, and physical health benefits. Similar to “runner’s high,” rhythmic movement triggers endorphins. Dancing has the power to literally boost our mood, and during 2020, we could definitely use it! We danced every other Friday throughout winter 2020 to raise funds for The Write of Your L!fe.

In November 2020, Women Wonder Writers partnered with the Riverside County Office of Education (RCOE) to host a virtual paint party for 50 child-caregiver pairs. The live paint party featured step-by-step guidance from a local artist and allowed painting pairs to socialize, laugh, show and tell, and finish with a fine piece of personal expression – all while cementing and celebrating familial support systems.

Each April, in honor of Sexual Assault Awareness month, Women Wonder Writers hosts “Halt the Assault,” an annual spoken-word event that serves as a platform for community members to voice their personal stances against sexual assault. In the past, we’ve partnered with Inlandia Institute, Riverside Area Rape Crisis (RARCC), Big Brother Big Sister, Daughters Lives Matter, and Mosaic Art & Literary Journal, to bring this powerful event to life.
The fixture of Halt the Assault is “Men on the Mic,” which creates a space for men to confront the culture of sexual violence against women that is seldom addressed publicly. Men speak of their experiences as fathers and their commitment to raising sons with an awareness of toxic masculine behaviors that perpetuate harm against women.

They speak as brothers, boyfriends, and allies, addressing the need to educate about consent and sexual violence. We hear performances from male survivors, dismantling stigmas around who can experience sexual assault.

Halt the Assault also hosts an open-to-the-public poetry and art competition. Poets and artists of all ages and genders submit their works to be reviewed by a panel of three judges with backgrounds in literary arts.

Women Wonder Writers provides services within the Fallbook Union High School District’s (FUHSD) Youth Court Program partnership and has provided services within the Jurupa Unified School District’s (JUSD) Youth Court Program partnership. The two districts have adopted peer-based youth court models and WWW has provided consulting, case management and training to JUSD and training services to FUHSD. JUSD Youth Court is a school-based court. It is designed to handle school-based incidents including those subject to suspensions or disciplinary action for high-risk youth with school-based behavioral and delinquency problems and/or first-time, school-based, non-violent, misdemeanor, infraction, and incidents committed by juveniles who have had no prior adjudicated criminal offenses.

JUSD Youth Court is a school-based court. It is designed to handle school-based incidents including those subject to suspensions or disciplinary action for high-risk youth with school-based behavioral and delinquency problems and/or first-time, school-based, non-violent, misdemeanor, infraction, and incidents committed by juveniles who have had no prior adjudicated criminal offenses.

At the end of each the 12 weeks, all Write of Your L!fe students’ artwork and poetry is bound and published in an anthology. The publication and exhibition of student work provides a validating experience and raises community awareness of, and empathy toward, students’ life circumstances and issues. 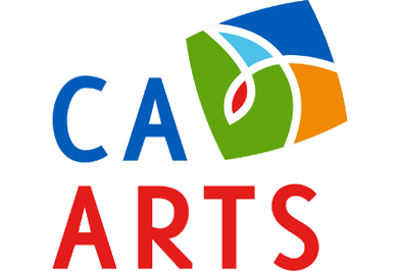 With support from the California Arts Council, Women Wonder Writers supports the Jurupa Unified School District (JUSD) Student Court with its proven literary and cultural arts programs, The Write of Your L!fe. Together we are committed to ensure that art is accessible to our young and vulnerable Inland Empire students, specifically those who are at risk of being engaged in the juvenile justice system.

With support from the California Arts Council, Women Wonder Writers supports Riverside alternative education sites (Riverside Unified School District and Gateway College & Career Academy), with its proven literary and cultural arts programs. Together we are committed to ensure art is accessible in a safe learning environment to our vulnerable Inland Empire students, who are impacted by trauma and/or adverse childhood experiences (ACEs), behind on credits or not on track for graduation.